Going through the fantastic canals and intimate narrow streets of Milan, we ended up in the Conchetta neighbourhood, where we were looking for one of Manuel’s best recommendations in Milan: Ghea, an entirely organic vegan restaurant.

What surprised us at first were the large windows that cover the exterior of the restaurant. We say large windows as it has very high ceilings, making it exceptionally bright. Our interest is piqued from outside by the tree of life logo and inside by the décor and design, which ooze ecology and nature in the purest ‘Milan fashion’ style.

When inside, we were served in a nice, friendly manner and we were asked to choose a table. It wasn’t very difficult to tell you the truth as the space is so open and bright that any table would have been a good option. 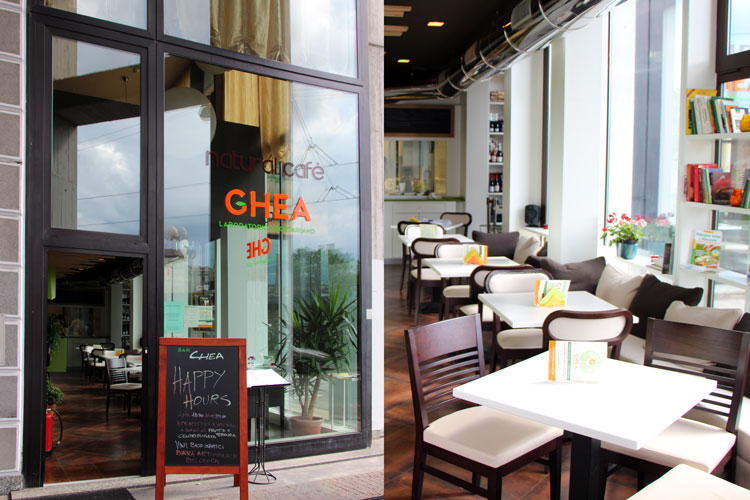 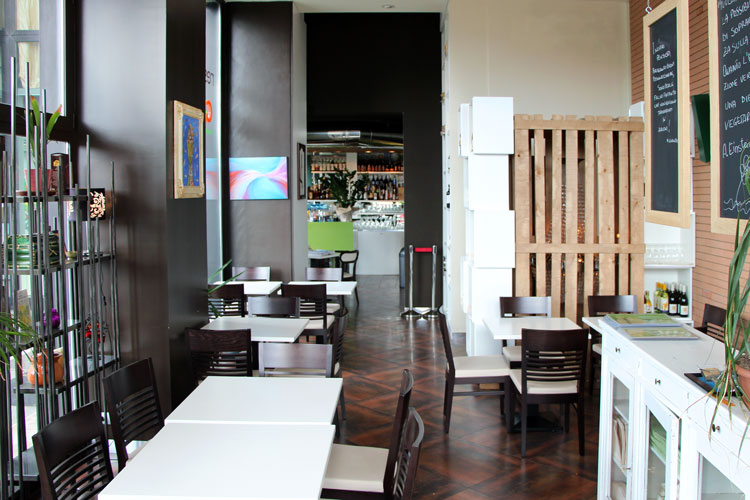 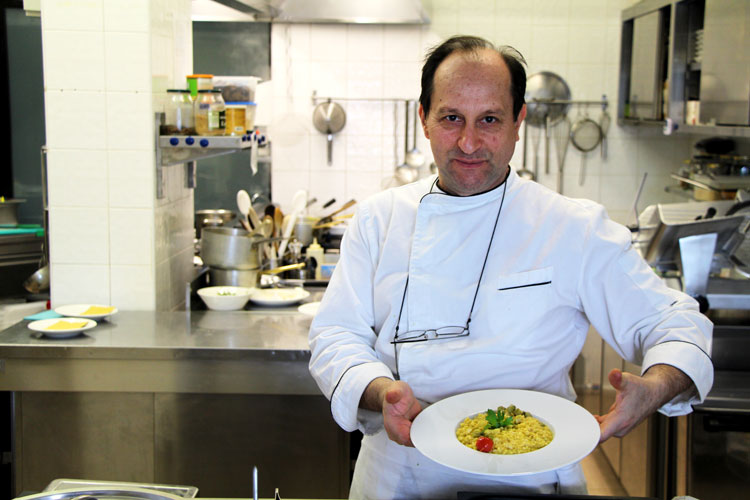 Antonio Tomasselli, who has a great deal of experience in restaurants and natural health, is the chef and operation manager. A couple of years ago he went into partnership with three vegetarian investors and they decided to open a new kind of vegan restaurant, one which would break the mould. This is how Ghea came about: a restaurant that is a kind of laboratory as its slogan indicates. Investigation is an integral part of its character; experimenting with flavours, textures and combinations are the norm here.

Something which makes it a bit different from the vegan restaurant stereotype is that they want to make it an inclusive space, where everyone can come to eat and feel at home. They work consciously to make it so, and we’re not only talking about not eating animal products; they go further and want their dishes to be good for digestion, boosting the vitality of their patrons. What’s more, they also think about different dietary requirements; you just have to take a look at the menu to see that half of the dishes are gluten free. They also create dishes that are low in sugar and salt, dishes for people with allergies, among others. In short, they are aware and willing to listen, and they aim to adapt to their clients’ needs. 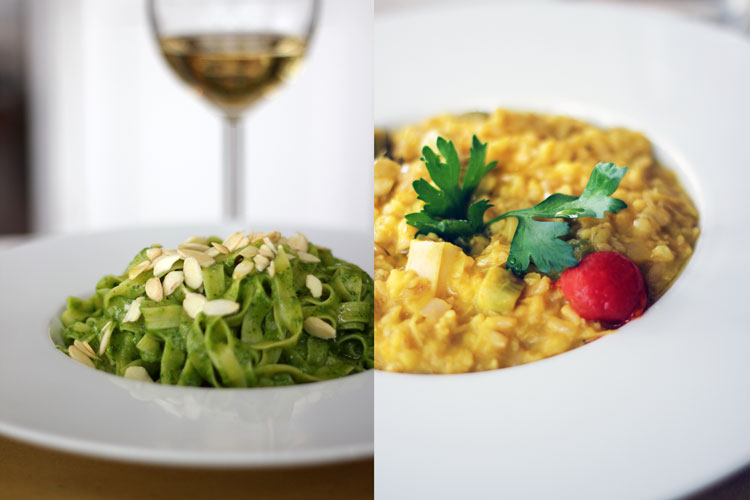 However, their commitment doesn’t end there, they go even further. After we ate, Antonio sat beside us and told us that the vegan food they promote also helps to protect and conserve the planet: saving valuable water resources, helping to stop deforestation, desertification, pollution, the greenhouse effect, and finally, but no less important, in their opinion it is the foundation to eliminate famine in the world.

We had a risotto with vegetables and spices, corn noodles with spinach and almond pesto, washed down with two glasses of regional biodynamic white wine. The dishes are refreshing for their simplicity and quality of preparation. They recommended the pasta, always brown and organic, which is actually their speciality, and we can vouch for it. It’s a great chance to try different Italian pasta dishes without any animal products which will surely surprise you as they are different from what we already know. We were delighted. 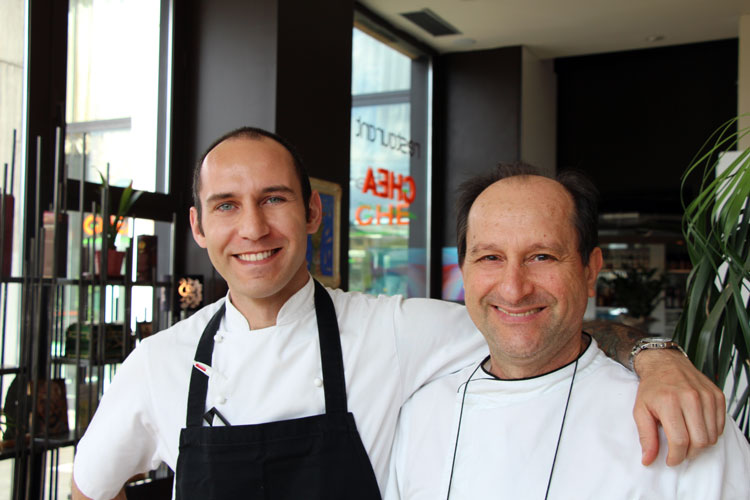 At lunchtime the restaurant offers a casual menu for everyone, then in the evening from six it’s happy hour –for one drink, whether that be a recently pressed fruit juice or one of the natural wines from its extensive wine list, you can eat from a buffet with more than twenty different homemade vegan options–, and after that they have two or three tasting menus so you can experience the restaurant’s creative limits.